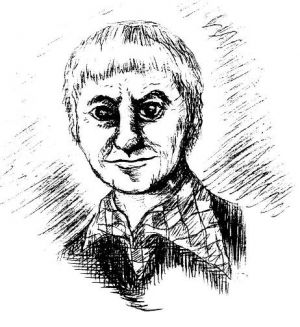 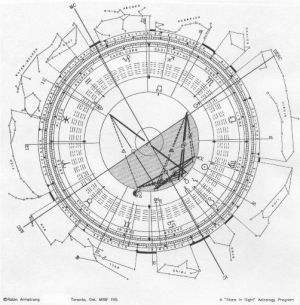 Elizabeth Tessier was born in Indonesia. It was probably in Medan, as I remember her saying in was just in the Northern Hemisphere. Her birthday was August 29, 1918. Her time is uncertain but both myself and one of her students remember her Ascendant being in 4°24 Taurus.

Elizabeth has a fascinating history. She moved to Europe to study medicine. Her studies were terminated by World War 2. Her father knew Carl Jung as both were contemporaries. She lived practically next door and knew him since she was a little girl. Her first mother-in-law was also into a religious sect which actively embraced astrology, and from whom she learned much. Elizabeth actually set out to disprove astrology, but ended up embracing it. She did however always champion the scientific side of astrology. She actively began to study astrology in 1940 in Germany! She completed her studies in psychotherapy in Holland during the 1940’s.

She came to Canada in 1951 and proceeded to obtain degrees in psychology and anthropology, after which she became a psychotherapist. In the 1960’s Elizabeth became very close to a famous British astrologer, Dr. W.J. Tucker, who has written at least 17 books on astrology, some of which were very technical.Tucker, I believe, was the inventor of what was called by Mrs. Tessier, the Sun-dial method. In 1967 one of his books “The Follies of Mankind” was dedicated to her. In 1968 she began teaching a course at Centennial College in Toronto. Within a few years she was also teaching at Humber and Sheridan colleges as well as Newtonbrook secondary school. She taught an introductory course at these institutions.

In 1969 she founded the Institute For Astrological Studies which offered a three year diploma course with extensive exams. She began teaching by herself but over the years her institute grew. As students graduated they became teachers and the network of astrology teachers in local community colleges and high schools began to develop. This educational presence has continued to the present day. The Institute was on Yonge St, and then at their main headquarters on St. Clair. She maintained her Institute with its emphasis on good standards and an arduous diploma programme, for eleven years. The institute closed in 1980. Elizabeth passed away on Jan. 1, 1992.

Her legacy continues as she turned out many good astrologers who are still practising and some in fact have even set up a new organization for astrological standards and examinations. She was strong in her mannerisms, at times eccentric in her teaching style, but she always strived for scientific and academic results. Her insistence on the Sun-dial system for calculating houses did set her aside from the main stream astrologers. It was basically a system of equal houses from the ascendant.

She spent her last few years between winters in Florida and summers in Canada. She was one of the Canadian trail blazers. She was a rugged individualist who taught her classes the long way rather than taking short cuts. She made her commitments and stuck to them, working hard to the end. She set standards. We have been affected. Her efforts made a difference.