My Sun is in the 23th degree of Taurus.

TA 23° (Charubel) A smelting furnace. A large hearted person, but at the same time particularly sensitive to an imposition or a fraud. Such transactions rarely escape being detected. Soul force is great; whilst the intellectual powers may be but of moderate capacity.

“A large hearted person, but at the same time particularly sensitive to an imposition or a fraud.”

This seems to apply to me. I can be generous and forgiving but am very sensitive to someone trying to take advantage or to someone who is lying.

“Such transactions rarely escape being detected.”

I believe this to be true as I seem to have a sixth sense about these things. For example, I have on a number of occasions, been able to “detect” people in my work who are or have been quietly stealing from the business. Investigation of my hunches resulted in 1. a theft ring being discovered, and 2. a manager being charged with stealing $10,000.00.  ….mm

Also in this 23rd Degree of Taurus:

My Moon is in the 4th degree of Cancer.

Cancer 04 (Charubel) “I see that side of the moon which is never seen by the inhabitants of this planet.” As this is a thing I dare not look at, inspection being dangerous, I will simply give the character it typifies. A strange character, one whom no one will ever understand. A person possessed of powers unknown to the present race, and who, unless the mind has been much distorted, will pursue studies with which the age is not conversant. He will not be tied down to any religious tenets, as he can never be brought to submit himself to any. He will be a magician, but not of any known type. Such an one may be called insane, whilst the brain and intellect generally are quite healthy. But the powers are what I call, Moon-set! That is, such a man is out of the ordinary groove of everyday life; but he is not insane. All that the average person may be taken up with, is uncongenial to him. There is ever a gulf between such a character and ordinary humanity.

Just as Charubel doesn’t want to inspect me directly, the same with most of my family. I love them and they love me but they’ve learned, from experience trying, to just let me be. And also because they read the degree symbol for my Sun written by Charubel.

Around the home no one really knows me or understands me. I’ve been told that many times by my parents, brothers and cousins. What I say and the way I look at things are not “congenial”. That does not imply I’m a harmful man. I’m not crazy because my manner of looking at life is one where I have a deep sincere desire to help human kind. To converge the people from the separateness they lead. No one understands why or where I get this from.

Charubel talks about powers and magic. I’ll have my magic and power in about two years or so when I complete all the levels necessary to practice astrology professionally. The power to see the future and the magic to make things go away.(ha, ha). The roots of this magic is manifested from the love I practice giving to everyone I know and meet, regardless of race and colour.

The last few sentences written by Charubel are very real but also a paradox. Why? Even though I do feel the distance from “ordinary humanking”, being immersed in the studies of understanding them and working them has been the fruits of my seeming being from another dimension. ………DD

Also in this 4th degree of Cancer:

My Venus is in the 12th degree of Libra

Libra 12 (Charubel) “A man with a bow in his hand; but he has no arrow. A person of splendid parts and excellent abilities but who is ever unfortunate in being deprived of the means of effecting his purpose. When an opportunity presents itself, he finds himself unable to turn it to advantage.”

This degree says it all about relationships I’ve had. Every relationship I’ve had lasted no longer than six to eight months. No further comments required. ………..DD

Also in this 12th degree of Libra: 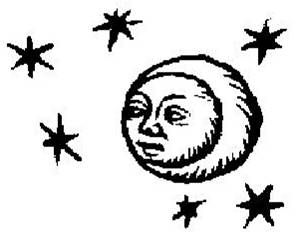