This is the fourth article in our series highlighting the life and works of Canadian Astrologers. The life and very dedicated work of H.S.D. “Sue” Starnaman Champion of the Church of Light. 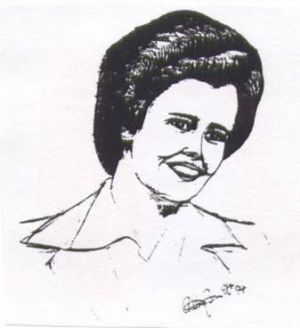 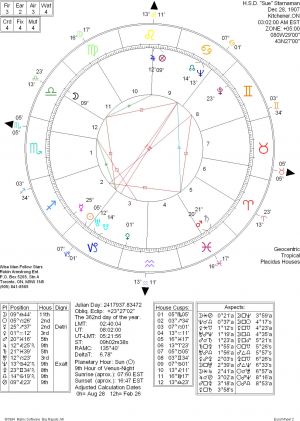 Sue Starnaman was born in Kitchener, Ontario on December 28, 1907. At ten years of age she had already accepted the philosophy of reincarnation. She married C.H. Starnaman in 1929, the same year she began writing. In 1930 she became involved in psychic research and by 1932 she joined the Brotherhood of Light. Shortly thereafter the Brotherhood of Light became the Church of Light. The Church of Light was formed by Elbert Benjamine to further the Religion of the Stars. This system was called the Hermetic System of Astrology and was taught through the Brotherhood of Light lessons. These lessons consisted of 21 books. Each book was a study course. There were seven on astrology, seven on psychology, and seven on alchemy. They offer an education in universal living.

The seven astrological titles authored by C.C. Zain were:

The Church of Light was run more as a religion than a school. One of there strong statements about astrology was that it was for spiritual teaching and members should not charge money for giving astrological consultations.

In 1935 Sue Starnaman began teaching Church of Light lessons in Toronto. This was an activity she maintained throughout the rest of her life.In 1940 Sue became ordained as a Church of Light Minister. She became President of the Church of Light Canada in 1942 and by 1945 Sue took full charge of Church of Light headquarters in Canada. She was president of this organization for over forty years and taught the Hermetic astrology classes in Toronto for forty-eight years. The centre with its classes was housed at 337 Bain Avenue, Toronto.

Mrs. Starnaman was the editor of the Aquarian Messenger a quarterly astrology newsletter. It is not known exactly how many years this was in print, but there are copies dating from 1968 right up to the second issue of 1983, in the Star Centre Library. The journals contain mostly articles by Albert Benjamine and Sue Starnaman, but in the later years another shining astrologer added her articles. Her name is Maggie Miles and she is one of the people who has carried on the Church of Light presence in Canada to date. Sue Starnaman also authored Stellargrams, and many other works.

Sue Starnaman was a spiritual teacher, and a very dedicated person. Her unbroken string of 48 years of teaching astrology must be a milestone in Canada. Her 40 years of Presidency in the Church Of Light Canada, and her long term editorship of the Aquarian Messenger makes her one of Canada’s major influences in the development of astrology. Few people have been able to maintain as consistent an astrological presence, and she did so without charging for her consultations or advice. She let it be known loud and clear, that there is much more to Astrology than the business of consultations.

The Church of Light is still active internationally and in Canada. It classes and books continue to be available. This material should be on the reading list of most astrological students. To find out more about the Church of Light, write to: Church of Light, 2341 Coral St., Los Angeles, CA. 90031-2916.