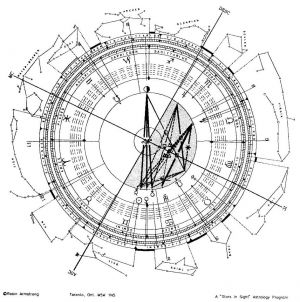 The whole composite chart represents want happens between two people whenever they get together. I thought that the relationship between Nicole Simpson and O.J. Simpson would be quite insightful. There are many fascinating points to study however I have chosen to present the Sun. The value of the composite Sun is that it symbolizes the purpose or soul of the relationship. It shows what is of prime importance and the creative essence between the two partners. The position of the composite Sun is at 21°57’ of Gemini. What follows is sixteen different interpretations for the 22nd degree of Gemini. Remember that we are considering the relationship and not one individual. I will bold ideas or thoughts that seem particularly relevant.

GE 22°(Charubel) I see the Sun rising in his brightness. It is on the horizon, but all the other part of the sky is covered with dark clouds, over which hang the shades of a lingering night. A noble nature. This nature is stamped with a generous disposition. The native’s early life is marked with promise; but fate and fortune conspire against him. The winds are too cold for that sensitive soul. He is born out of time and place. His grand schemes prove failures. His sun sets under a cloud while it is as yet but morning.

(Ed.note: Charubel has hit the mark here. As a symbol of the relationship between O.J. and Nicole the implications are blatantly apparent and being readily confirmed during his trial.)

GE 22°(Sepharial) A young woman lying beneath a tree, throwing food to the birds which gather around her. It indicates a person of gentle, winning disposition, kind heart, and generous, ardent nature. One who will be happy and make others so. Domestic peace and prosperity. Rustic habits, a lover of the artistic and beautiful in nature, fond of poetry, music and singing. Some disposition to follow the fine arts. A lover of peace and concord. It is a degree of GENIALITY or FELLOW FEELING.

(Editor’s note: At first glance this seems to be way off. At a closer look OJ & Nicole had prosperity and were well liked by many many friends. They seemed to struggle to maintain a facade of peace and concord.)

(Editor’s note: If we modernize the term “literary” to include media exposure then this symbol comes closer to truth. It does seem odd that death is mentioned, but if we look at the relationship from their kids perspective, a distinct association arises.)

GE 22°(Muir). One who obtains recognition through lit-erature and to whom others cling for business advantages. He must use all who come in fulfilling his mission.

Gemini 22 (Chandra) A YOUNG GIRL IS SOLD TO A SULTAN. Willingness to give up whatever one has to, to get what one wants. Playing the role of a helpless pawn.

(Editor’s note: Chandra here adds another slant on the relationship. It could be argued that this does indeed signify the marriage of Nicole to a rich and famous football star.)

GE 22° (Jones) A barn dance This is a symbol of complete self-fulfillment through the established or normal activities of the community at large, and of a consummation of self by the broadest possible participation in the divisions of labor which constitute a human society. Richness of living comes from an uninhibited sharing of everyday potentialities, together with a maximum of happy give-and-take between any one individual and any other. The keyword is GREGARIOUSNESS. When positive, the degree is an ability to plunge into major and rewarding experiences without the least self-reservation, and when negative, a dependence on superficialities for self-satisfaction and on petty indulgences for self-assurance.

(Editor’s note: Marc Edmund Jones also hits the mark with his Sabian Symbols. Football could be considered a normal activity of the community. It points to a rich but self-consumed life.)

(Editor’s note: The I Ching hexagrams really need to be read thoroughly. In Breakthrough and resoluteness we find strength and power overwhelming and pushing out the last vestige of sensitivity and receptiveness. Breakthrough is presented as a means to release tension. The level two hexagram refers to work that has been spoiled mostly by the father, but also by the mother. The image is of a bowl of food in which worms are breeding. It describes decay, stagnation and guilt and points to the need to remove the cause of guilt. OJ has his Moon in Pisces in the 8th house, his Saturn conjunct Pluto in the 12th, and Scorpio on his IC.)

(Editor’s note: The classical emphasis on Mercury implied a mind that might interfere with, or try to control or direct a loving heart. When the mind rules the heart sorrow comes. “Wednesday Child is full of sorrow”. The composite chart shows a Gemini Ascendant with Mercury and Mars conjunct the Sun with all three in Gemini. Could the relationship be considered headstrong and some what heartless….. ??? Do Geminis have trouble in matters of the heart?)

KEYNOTE: The wholesome enjoyment of organic processes and emotional drives.

Again we have an image in strong contrast to the first of this series. From the mind-built city, where workmen claim a larger sphere of social abundance, we find ourselves in the village, where men and women live in far greater harmony with natural and seasonal processes, giving free rein to their emotional instincts. The two poles of a wholesome society–the large industrial city and the agricultural village–should be included; likewise the two poles of a healthy personality–mind and natural emotions–should be active.

This is the contrasting second stage of the seventeenth sequence of five symbols. It stresses the value of rhythmic, healthful activity in a natural setup, for this leads to an often much needed process of BIOENERGETIC REBUILDING.

(Editor’s note: Rudhyar points to things in his interpretation, but in using the word “wholesome” he misses; by trying to be too positive. It could be argued that only the positive is worth reiterating.)

GE 22° (Carelli): “Chirping birds peck at their seed.” A gentle, winning disposition, a delicate, but communicative nature, a rather too talkative, but pleasant character; a person led by the honest desire to be in harmony with everybody and bring peace everywhere, fond of nature and in some cases highly gifted for fine arts. The native may incline to the corresponding failings and be overconfident; or his gentle nature may not stand the hard struggle for life and resent its cruel blows; or he may entertain lofty desires which can hardly be satisfied on earth. The demonstrative strain in his character can be warped into a random talkativeness apt to waste away his creative faculties; and his conciliating tendency may sink to weakness of character. Reference is to be made as usual to the horoscope as a whole. Should the rest of the chart offset the excessive idealism with a solid sense of realty (prevalence of the EARTH element; role played by the sign Scorpio; opposition of Luminaries; trigonal position of the Moon, Mars, Mercury to each other, etc.) and be good on the whole, the subject would be skilled and successful in his work, happy in marriage; harmony and well being would sway in his home and about him. A woman born under this degree will land the man she wishes, though leaving him the pleasant delusion of having made his own choice, if she is wise enough not to let him go too far before wedlock. Should she have other aims, she could have all the men she wants, and would manage to stay on friendly relations with afterwards as well. The horoscope as a whole will show whether she will be prodigal of her own, or of herself. EXAMPLE: The Republic of Italy (Sun’s degree.)

(Editor’s note: Landing the man she wishes, is certainly appropriate here, as is the weakening of character. Carelli’s reference to the Sun of the Republic of Italy make me think of Italy’s relationship to Germany or Mussolini to Hitler and its devastating conclusion.)

(Editor’s note: Even Ebertin’s body parts seem appropriate along with his reference to insanity.

GE 22°.(Kozminsky) UNDER THE INFLUENCE OF THE PLANET SATURN. A heap of stones over which ivy is growing. Denotes one who clings to others for business and advantage, and who will be careful, saving, and given to the accumulation of the riches of the world. He will recognize those useful for his purposes, and recognizing them he will secure them. The symbol is not without its danger and its threatenings. It is a symbol of Clinging.

(Editor’s note: The father or Saturn issue again arises. This also brings in the judge and the law. A question surfaces about who was clinging to who, and for what ?

22°Gemini (Bardon) Eneki – This head can, in the most diverse ways, initiate the magician into the art of prophesy and prediction. Eneki provides the magician in this respect with sagacity and high intuition. If a magician gets into contact with this intelligence, he will be taught to control all kinds of fore-telling, chiromancy, graphology, etc.

(Editor’s note: If nothing else, an extremely large number of astrologers and psychics have made predictions or at least studied this relationship.)

GE 22° (Leinbach): This degree contributes to eye problems of various kinds. It also indicates a variety of possible influences. Generally the development will be either lopsided or scattered. If much effort is put into a particular area it tends to leave the person very immature and undeveloped in most other areas. If the person is scattered generally there is much dissipation and waste of energy. Mathematics is an area where this native may excel. Others with this degree may fail completely to acquire any skill whatsoever with the simplest math problems. It seems to lend the mental ability to pursue almost any chosen course. However, the rest of the chart must lend direction and stability. It is better when this degree is not one of the forceful ones that is occupied by the Sun or Ascendant, etc. Even so, if Mercury were in a good degree in Taurus or Cancer it would give greater breadth to the chart.

(Editor’s note: Perhaps both Nicole and OJ put too much emphasis on too few areas of development?

GE 22° (Leek): The promise of a good mind, capable of getting good grades at school; does not always fulfil the promise of prosperity in adulthood.

(Editor’s note: Leek seems to be out on a different limb!)

21-22° GE (Weber): Taurus with Sagittarius gives a gentle, winning disposition-generally pleasant and harmonious enough- and fond of nature and also religion. Fixed star Phact adds to the Taurean nature, perhaps wealth. Like many degrees of Gemini it’s never at a loss for words. Successful at a variety of vocations probably “captured” by common ones secretary, clerk intercessors-but apt to do very well later in life. Must guard health and avoid life-endangering habits.

(Editor’s note: Weber hits on the wealth. His interpretations of the Zodiac signs could include many appropriate associations such as a stubborn sense of principles.)

In conclusion, I must say that our concept of important issues within the relationship, emphasized by the Composite Sun, has been enhanced. In future issues we will focus on other significant relationships and composite charts. They do feed into the degree symbols in a useful manner. Your feedback is always welcome. 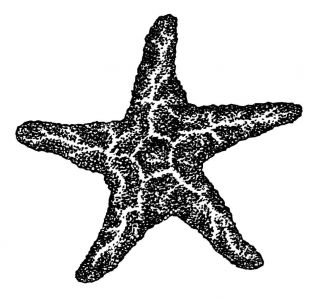