1° degree of longitude contains an ever expanding volume of space. 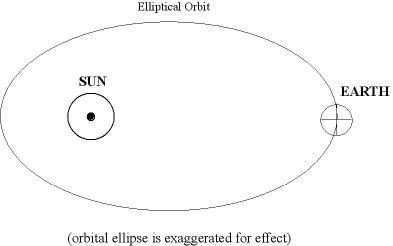 The Ecliptic is the orbital plane of Earth circling around the Sun. The orbit is an ellipse. 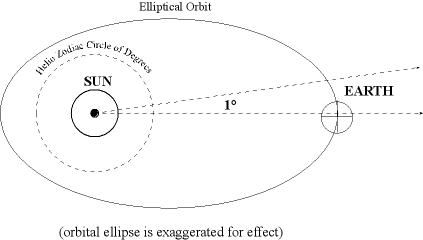 In working with 360 degrees,

astrologers use a circle rather than the ellipse.

This allows for a uniform division of space from any point.

It does allow for different sized segments of any orbit within each degree. 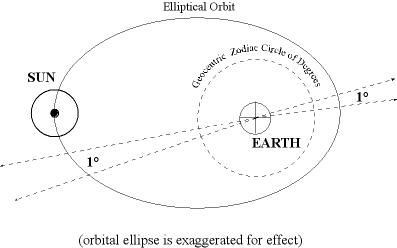 Astrologically we tend to observe

the Sun’s movement along the Earth’s ecliptic,

rather than the Earth’s movement around the Sun.

We view the Zodiac’s 360 degrees as a circle around Earth.

Each degree will contain a different portion of Earth’s orbit.

(We do observe the Earth’s movement around the Sun in

The Sun’s movement is always along the line of the ecliptic.

Each degree of longitude radiates equally 90° North and 90° South.

Each degree stops at the poles. 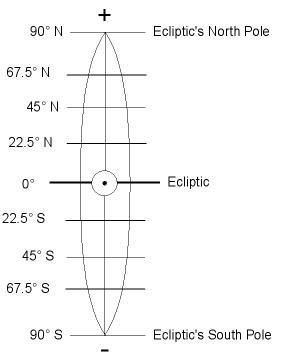 As long as the Sun moves along the ecliptic, it will light up the North and South sectors of each degree equally regardless of which of the 360 degrees it is in.

This challenges the theory that the Sun’s influence in each degree is different!

The Sun appears to be uniform and non-partisan in its relationship to each ecliptical degree. 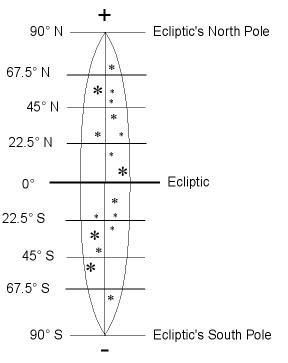 This leaves us with the conclusion that there is either something we have missed or something else that might give each ecliptical degree a unique meaning.

If it is not the sunlight that renders each degree of the Zodiac meaningful or relevant, perhaps it is the starlight?

1. The total amount of starlight.

2. The quality and intensity of total stellar brightness.

3. The total colour composition of stars within each degree.

4. The quantity of stars within each degree.

This might confirm or accentuate the sidereal basis of the Ecliptic based Zodiac.

Further investigation into the nature of solar influence by degrees might involve:

1. The distance of the Earth from the Sun in each degree.

2. The amount of time the Sun spends in each degree.

3. The amount of heat deposited by the Sun in each degree.

4. The amount of space Earth travels through each degree.

This might elaborate or confirm the Solar nature of the Ecliptic based Zodiac. 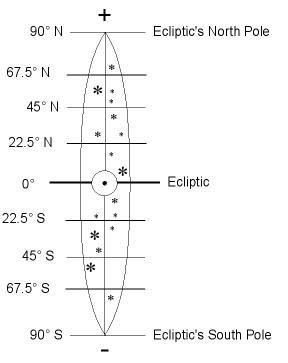 It could be argued that the light of the Sun in a degree combusts (or eclipses) the stars in that degree.