The Canadian astrologer we have chosen to highlight this issue is Gerald Baron. 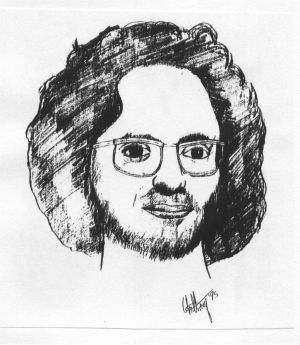 Gerald Baron was born July 6, 1944, at 6:35 AM, Eastern War Time, in New York City, New York. Gerald moved to Toronto somewhere around 1970, perhaps a little earlier. He did not take long to assume a prominent role as one of the main astrologers in the area. 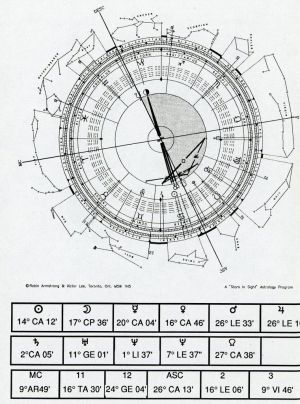 Gerald is a well educated man. He holds a Bachelor Degree from Queens College of the City University of New York in 1966. He accomplished his Master’s Degree in Communications and Technical Writing at the Rensselaer Polytechnic\ Institute, NY, in 1968. He also completed a program in “Techniques of Teaching Adults” at George Brown College, Toronto, 1971. Gerald is also experienced in Gestalt therapy, Jungian analysis, Transactional analysis, and Macrobiotics. He has taught math, chemistry, and communications for four years at university and high school levels.

It is little wonder that Gerald was able to establish some of the first astrological courses in Ontario colleges: specifically Humber College, Sheridan, Seneca, and Royal York Collegiate.  He maintained his astrology classes well into the 1980’s.

In 1973 and 1974 Gerald Baron hosted his own television show entitled “Down To Earth Astrology”. It was on Channel 10: Metro Cable. He was a prominent figure on many television shows and did much to enhance the image of astrology in Canada. He was on CBC, CTV, City TV, and many other television stations. Gerald was regularly written up in newspapers and magazines. He lectured to community groups and to kids at school, always keeping astrology in the limelight and backing it up with hard work.

Gerald developed a research project for himself and his students. It was about horse racing. The work went on for six years. The results he published in his book “The Crowd Chooses”, in 1976.

Gerald returned to the United States sometime in the mid-1980s.  His consistent efforts has made a significant and permanent impression on the development of astrology in Canada. He set some very real standards of astrological competence.

Sometime back in the 1960’s Gerald played the role of an astrologer in a movie which appears every now and then on television. Unfortunately I have not been able to remember the name of the movie. If anyone runs across it, please let me know. If you run across Gerald remember that he did a lot for astrology.